John Scalzi Tells The Blog Nazis To Get Lost Too!

Pardon Me While I Roll My Eyes

Whatever. I’ll be ignoring this entirely (after this post, obviously). Some reasons for this:

1. This is my site and I couldn’t care less how anyone else thinks it should be run; anyone else who thinks they should have a say in how the site is run (i.e., “the community will police itself”) is going to learn all the different ways I know how to say “kiss my ass.”

High Definition 1080p TV: Why You Should Be Concerned

1080p, or 1080 progressive, is a very high resolution video format and screen specification. It is one of the ATSC HDTV specified formats which includes 720p, 1080i, and 1080p. If you are even casually interested in Home Theater, you no doubt have heard the term 1080p, and if so, you most likely have been misinformed about it. Common misconceptions being spread include that there is no media to carry it, that you need an enormous screen to benefit from it, and on the whole you just shouldn’t care about it. Why the industry has persisted in the charade is beyond the scope of this piece, but suffice it to say, if you don’t care about 1080p now, you will.

We Men Are Suckers

My Ex Left Me After I Gave Her All My Savings

And, oh!, the unsympathetic comments he gets — from other men.

After all those, I wouldn’t be surprised if those who did want to leave sympathetic messages stayed away out of fear.

Scientists have speculated that “resetting” the immune system might stop it from attacking the insulin-producing cells in the pancreas.

Can It Be? Palm Is Tired Of Being A Bunch Of Eejits?

I’ve left a few comments at the discussion over there. Some I’ll repeat here:

I still believe the perfect device size is the Sony Reader. It’s what a PDA should have grown up to be. It’s what current UMPCs should shrink to.

It’s not a pocketable size, but it’s perfect for dropping in a bag and toting. And unlike current heavy UMPCs, it’s easy to pull out of a bag and use immediately. In this sense, this size of device has the advantages of past pocketable devices with some of the added functionality of current UMPCs — mainly a screen that doesn’t require squinting and a weight that doesn’t invite muscle strain.

I’m hoping Palm is going to be releasing something like it. (Here’s another ease-of-tote device.)

Since it will be based on a Linux core, I cringe. I have a right to!

On the other hand, the Pepper Pad 3 is also based on Linux and some owners just love it.

I guess it will depend on just how good Palm makes the software. Well, duh.

I hope Palm comes out with something that will excite me. (And hey, Ed Colligan, you’re now formally invited to let me kiss your company’s ass by deigning to put me on the send-him-a-review-unit list! I offer the same terms I offered Microsoft. Deal or No Deal?)

Question is now, if the money plops into my lap, do I get the Samsung Q1P I have a really major lust for or do I wait for Palm to reveal its hand?

Prior relevant coverage in this blog:
The Infection Is Spreading…
NY Post Columnist Cindy Adams Writes About Having A Palm Treo
What This Year’s Treo Should Have Been
Palm Wants Us To Wait ANOTHER Two Years…
Palm Computing: Self-Destruction By Self-Distraction
Oh, Palm. You Pack Of Eejits!
The iPhone Is A First-Generation Pocket Mac
Palm Continues To Create Future iPhone Buyers
More iPhone Absolute Must-Reads
LifeDrive Notes: Cue Taps
Giving PalmOS The Joan Rivers Treatment
Errrr… Because Palm Be Eejits And Palm Desktop Ain’t No iTunes Store Neither!
Entering A Second Decade Of Disappointment, Deafness, And Doom From Those Eejits At Palm
iPhone Is LifeDrive II?
LifeDrive Notes: It Got No Luv
Two About LifeDrive
I Don’t Want A Treo, Dammit!
So, Are PDAs Really Really Dead?
Yesterday I Said (and Said and Said…)

If You Come For Me, MTA, You Better Come For All Of Them Too!

Still fuming over this issue.

If the MTA decides to come after me for the three subway photos I just published, they damned well better go after this site too.

The more I’m reading up about this issue, the more pissed off I am getting…

NYCLU lawsuit filed on behalf of a filmmaker [PDF file]

The War on Photographers

Watch where you point that camera

Oh, we can’t take pictures in the subway, huh? 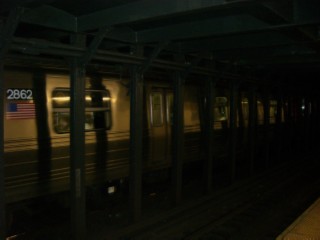 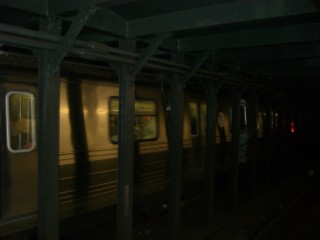 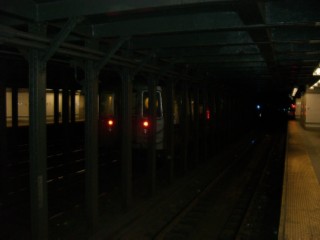 Fuck you. I did. And I just published them!

Photo Album: The Photo Nazis Tried To Stop Me From Taking 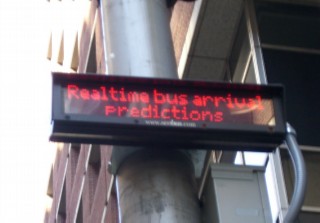 There it is. What might turn into a cause celebre.

I’d heard of such arrival prediction signs but had never seen one for a bus before. I decided to take a picture. This doorman — I call him that because he had no Security designation on his uniform — comes out of the office building and tells me photography on that side of the street is prohibited.

Like a robot, he repeats what he just told me.

I repeat what I said right back at him.

He repeats it a third time.

His Aryan surpervisor comes out and repeats the prohibition.

I give him my fuck-filled language of resistance again. I also tell him to show me their Property Line. Usually, buildings have to place designations on the sidewalks that clearly demarcate their ownership.

This prick tells me they own the property to the curb and I am ordered to step off the sidewalk into the street!

I do so. And then I take another picture of the sign — the one published above.

And then my parting shot is, “Kiss my ass, you motherfucking Nazi assholes!”

I know for a fact that in Las Vegas they have privatized sidewalks. But in New York City?

I think these twin pricks overstepped their jurisdictions and I’m pondering whether I should push this or not.