Is There A Sick Connection Here I’m Missing?

Kenneth Eng is showing up in my Dashboard as a search engine topic again.

Previous related posts in this blog:
What’s That Wonderful Scent In The Air? Oh, Frankness! They’ll Hang Him Now.
It’s The People, Stupid!
Run For Your Life. This Is A Real Person!
Fucking Goddammed Motherfucking Meth!
Thank You. I’d Like To Kill Myself Now, Please.
Theft
What Is Wrong With You People?!!?
Blunt-ed Minds
What The 1960s Tide Of Liberalism Washed Up
The Mirror That Reflects Nothing
Could Anyone Say This About You?
God Almighty, Are Your Followers All Fucking Insane?!!?
Pillory Of The Community
OMG
The Kids Are All Fucked Up
The Bastard In Full Bloom
We Know What We’re Doing. We Wear Suits.
Read Kornbluth’s Story!
Book Him, Danno
The Secret: Law Of (Mal-)Attraction
What Else Did You Expect, You Morons?
The Suits Are Really, Really Fucked Up!
Note For Kenneth Eng…
A Cheap Now Is A Very Expensive Later
Kenneth Eng: WTF?!!?

This is How We Catch You Downloading

All over Europe thousands of people are being threatened with court action for allegedly sharing games like Dream Pinball 3D on P2P networks. Now, documents obtained by TorrentFreak show details of the anti-piracy company’s techniques for identifying alleged file-sharers on the internet and the gathering of claimed ‘forensic quality’ evidence for use in court cases.

In March, TorrentFreak published an article which aimed to answer the question ‘Are Private BitTorrent Trackers Safe?’ Now, an internet piracy investigator has admitted that his organisation has successfully infiltrated private BitTorrent trackers and is actively collecting information.

You know I’m a stingy bugger. I hope it was a good day for you.

Tune in here Thursday for my, uh, special day!

Note To Self: Another Movie To Buy

The daily getTRIO.com newsletter brings word of an intriguing film:

Church of the Apparition is a documentary with a simple concept: we watch people’s reactions and listen to their comments as they listen to music on headphones.

Not much to write home about. But wait: this is actually a pretty amazing movie. Director Paul Festa sets it up so that we see and hear some talking/listening heads, mostly in tight shots. We don’t know what they’re listening to and we don’t even know who most of them are. All we get for the first half of the movie is their extraordinary range of reactions: morbid, funny, perplexed, enthralled, sarcastic, annoyed, awed, meditative.

During the second half of the hour-long film, we get to hear some of the music and we learn at the end who the listeners are — no way are we going to include spoilers here. In all, an absorbing and exhilarating film about the power of music.

The DVD is available for purchase on the website.

Of course, I bring you screensnaps from the trailer! 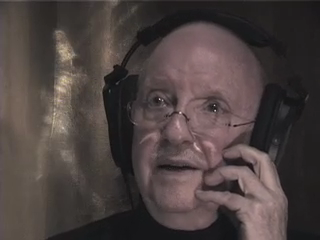 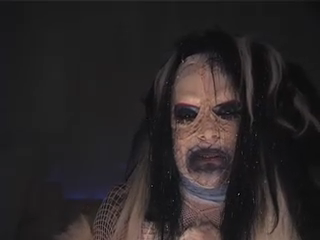 Previously in this blog:
People Go To Movies To, Uh, Learn Things?
It’s The People, Stupid!
Movies You Must See And I Guarantee You Haven’t!
Could Anyone Say This About You?
David Bamford Reviews Another Movie!
Reference: SF/Sci-Fi TV, Movies
The Kids Are All Fucked Up
Heather The Hot: Did This Movie Warp Her?
Reference: Finding Local Movies With Google
Funny Trailer. Go See.
David Bamford Does The Math On The Number 23 Movie
Reference: Obscure DVDs For Rent/Sale
Note To Self: See This Movie
Where I Live, Most People Want To Be Al Pacino’s Scarface
Just Popped In To Say Alex Cox Is A God!! Kneel!
Note To Myself: Get This Movie!
The Joy Of Silent Film
One Of These Days I Will See This
Help Out Someone Being Crushed By MammothMedia!
More Movies I Haven’t But Now Want To See

No. I’m Not Done With This Imus Matter Yet.

Our Culture Of Pre-Packaged Apologies

How The Left Shot Itself In The Collective “Foot” With The Don Imus Incident.

Previously in this blog:
No, It’s Not Over Yet. At Least Not In This Blog.
OK, Now What About The Happy-Headed Nos?
Dear God, When Will It End? And Whose Blood Is Next?
First Apologize For Being A Gutless Eejit, Then…
Oh For Christ’s Sake! Shut Up Already!
Civility, Decency, And Democracy? You Don’t Know The Meaning Of Those Words!
Maybe When We Surrendered To Crybabies About Speech?
Goddammit! Knock It The Fuck Off Already!
When You Let Loose The Dogs Of War, Don’t Fucking Cry When They Turn On You And Bite Your Smug-Ass Face Off

Also previously in this blog:
“What If You Support Fags? What Does That Make You?”
And Then There Were None
The Homo Fag Queer We All Owe

Someone owns the Jupiter 2 spaceship console from the Lost In Space TV series!

How Does It Happen?

Officials said the house was in deplorable condition with animal feces 2 to 3 inches deep throughout it.