We had so much fun at The Annex two weeks ago that we decided to play it again! … And this time its a Saturday Night show at the Lower East Side’s Infamous Tiswas Party.

We are the only band performing so don’t let us party alone!

I can’t get to this one, either. But you go! Have a great time!

I had planned to go but something came up. I’ll have to catch them next time. Right now, you go!

Jay Diamond gets in on. Dig this opening line:

Last night I weakened and switched on one of the many cookie-cutter variety low-brow, rightwing gargoyles whose customary habitat is lie-talk radio.

Band: u239 Does Nuclear Marketing!

Another MySpace Bulletin from those lads:

Previously in this blog:
Band: u239 = Real Direct Marketing!

A promo notice on one of the doors

A rack of her CD. One of those is mine mine mine! 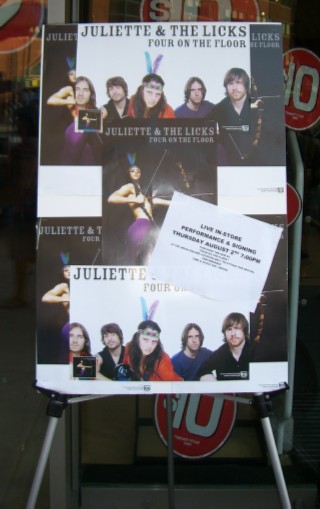 A poster is set outside on a stand

I glimpse her off to the side of the stage. OMG!!

She prepares her headband

The stage where they will perform — it’ll be acoustic!

Juliette and the Licks on stage 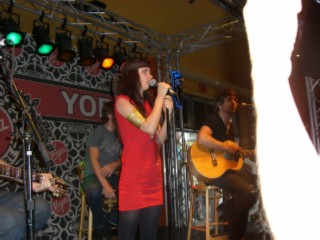 The armblock from The Press

Juliette begins to serenade us…

…then blasts off into rock orbit!

One of the rare times she faced that side of the stage — and that I was able to photograph! 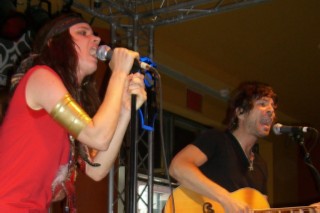 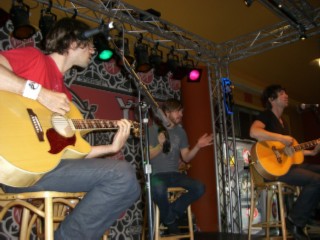 Three out of four of the Licks appeared 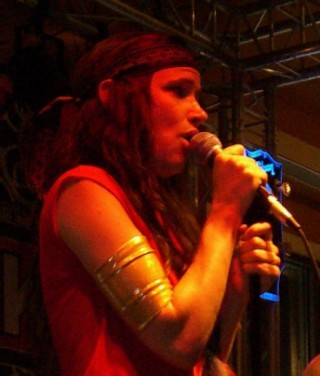 I call this one Juliette In Red

The crowd for her band 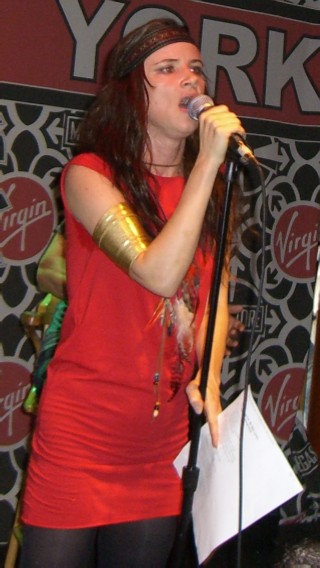 She starts up again…

…and you can feel her singing. 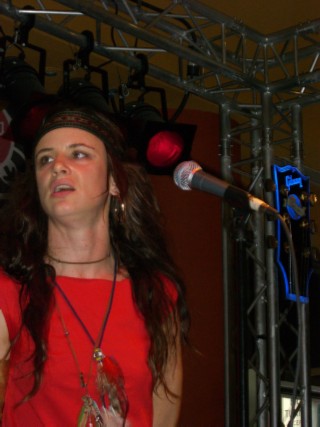 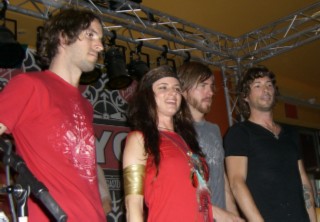 I’ve got my CD and I want them to write on it!

This guy on line was previewing photos on his camera. The quality stunned me. I need a real camera!

A woman on line with one of the band’s CDs.

Busy making with the writing

My CD goes under the Sharpie! Thank you.

Juliette gives me a gorgeous pose — and she doesn’t know I’m blogging this! Thank you, Juliette!

The final autograph. Thank you! 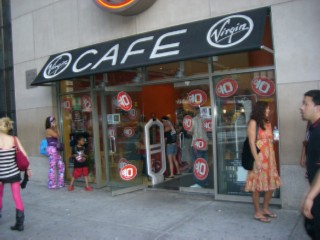 It’s over and I’m outta there 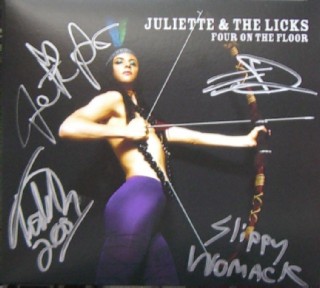 My CD. Weep, you unfortunates!

Quote Of The Day: Alan Pritt

Ah, Alan’s blog is showing some signs of life again.

It’s been a long time

Looking at a job advert was like the splash of ice-water on my face; a stark reminder that the only thing worse than dying is dying after a lifetime of corporate misery.

Ah, There’s Still Bamford To Give Me A Laugh

Not Safe for Work, Christians or Other Children.