A Truveo search reveals all the promo videos for Journeyman that are posted on NBC’s own site. 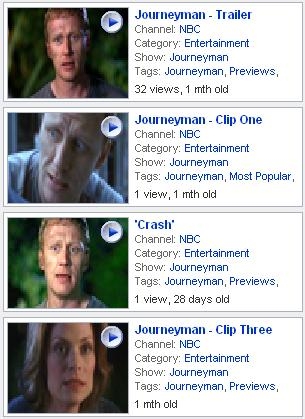 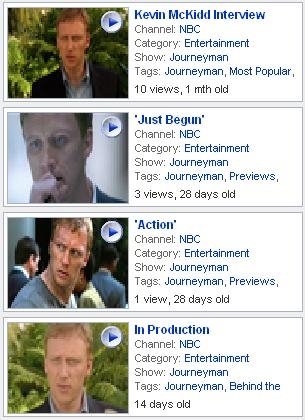 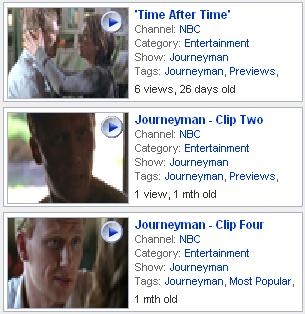 I’ve also made a banner, cropped from NBC’s site:

Hey, NBC! You’re not looking good by not leaking this!

Is someone at NBC watching the Net and seeing my bitching about how poorly they’re doing trumpeting Journeyman? Within the past twenty-four hours, NBC has perked up and dumped two new Journeyman vids on YouTube:

Journeyman – Coming to NBC
— most of this (99.9%) has been seen before elsewhere. 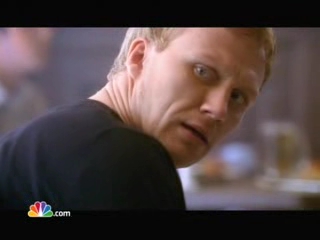 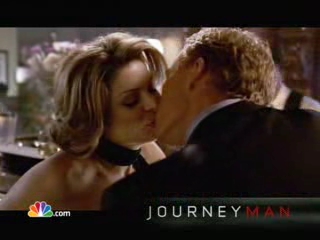 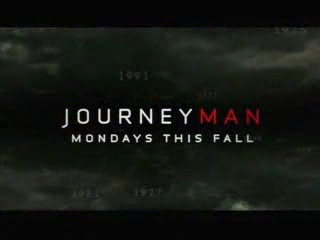 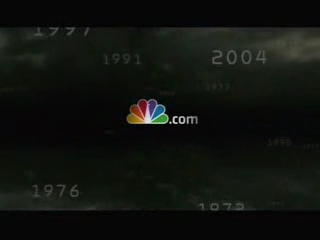 Leak it, NBC! In fact, leak the first two episodes! You need to catch up!

Don’t forget to check out this Journeyman blog.

What Shall Be Done?

Odex Pt. Ltd is a Singapore-based company that distributes anime in South East Asia. Created in 1998 it started distributing anime in 2000, later with titles such as Bleach, Fullmetal Alchemist, Mobile Suit Gundam and Chrono Crusade.

In 2007 a decision was made in the company to start targeting people who share their material via BitTorrent after they claimed their sales had dropped 60-70 percent in just 2 years.

Jaysus! If I had a business and was losing that much, I’d go apeshit too. But given the new realities of the Net, I’d try to devise a way to get back some of that lost money without provoking death threats.