Today’s Episode Of The Steve Jobs Show, Plus More

Well, he went thermonuclear today. With that $200 price drop on the iPhone, he clear-cut the jungle of phones and made himself a new home. See previous post.

I was hoping for an iPhone/iPod SDK announcement, but I guess this will come with the big Leopard intro next month. I sincerely hope that such an SDK announcement will happen — and along with it, the ability to pair a Bluetooth iPhone with a Bluetooth keyboard (again: mine!). Well, such an ability would probably have to happen via that rumored Death Star Upgrade of the iPhone’s guts. Again, something I hope will be announced next month.

Uh, everyone out there did notice that the new iPod Touch models lack Bluetooth, right? So if you want something that is capable of keyboard work in the future, the iPhone is the only thing to buy. Let’s not forget too: the iPhone has a built-in camera. Future Mobile Blogging Machine!

While I have your attention, I want to dispel two myths about the iPhone from witnessing an everyday person using it last week.

This was a woman who wasn’t any sort of techie. She had an iPhone at last week’s South Street Seaport free concert. I was standing on this pillar and she was sitting in front of me. Basically, I was able to get a good view of her using it, peering over her shoulder.

First, I could not make out what she was typing even though as they’re hit, the on-screen keyboard enlarges each letter. So much for privacy concerns. I think someone would really have to be right next to you in order to effectively spy.

Second, she was fast on that on-screen keyboard — and she was doing it all while holding it in her right hand, bopping on those virtual keys using her thumb! She was doing SMS with it. And she was doing it with more than one person. She would keep popping out of one balloon-filled SMS session to Contacts to open another person’s session and type something in. I was impressed. She made an occasional typo, but she didn’t seem at all frustrated by it. Interestingly, I never saw her choose any of the suggested words from automatic word completion. She was merrily moving that thumb along quickly. So much for all the objections about the lack of a Treo-like hard keyboard!

Well, Safari crashed several times. Just went Poof! Back to that Home screen with no warning.

Now, the Nokia 770 did that a lot on me. The main difference is, with the 770, one of two things would happen: the unit would totally freeze, requiring me to hard reset it, or it would spontaneously hard reset on its own. Restarting the 770 took well over a minute. You cannot imagine the frustration and aggravation of that unless you’ve been through it the several hundred times I’ve been through it.

So what happened with the iPhone and Safari crashing?

I’d immediately get that Home screen. I’d hit the Safari button — and within two seconds Safari would be up reloading the very page it had crashed on. Did I feel the same frustration and anger I felt with the 770? Not at all! In fact, once the page it had crashed on was reloaded, it didn’t crash on that same page again. The 770 usually did!

Another thing: the iPhone has a 320×480 screen. So does my LifeDrive. But absolutely nothing on my LifeDrive looks as sharp and crisp and as vibrant as on that iPhone screen. (As for WiFi on the LifeDrive, forget that! I tried it again last night and it crashed and rebooted on a WAP-formatted page! How pathetic is that?! Also, the LifeDrive takes about three minutes to reboot. Worse than that 770.)

Anyway, it’s clear today that Apple and Steve Jobs intend to keep their foothold on top of the media and smartphone mountain. I don’t see how any company can compete with them. All the rest had years and years and years — and churned out the same crap year after year. Even if they stole outright from Apple, violated all their patents, they would still miss a key ingredient: The iTunes Store.

Previously in this blog:
Newsflash! Pictures Of Corpses Left In Wake Of iPhone Price Cut!
Tomorrow’s iPod: The Beginning Of Bliss?
A Post-iTunes Fable For NBC
Nokia’s Upcoming Fake iPhone
Should Apple Turn iTunes Into A Platform?
iPod Price History: Will Apple Fight Or Lose?
Quote Of The Day: Nokia’s Innate Ineptness
iPod Touch Coming Next Week?
SanDisk Announces The Sansa Clip
jWin MP3 Player Needs Replacement
Another Argument For eBooks On The iPhone
Apple Wins The Internet Video Wars
Reference: Installing Native Apps On An iPhone
iPhone: AT&T Bill Delivered In A BOX!
iPhonespotting
eBooks On iPhone: HarperCollins Kicks In
China’s Ferocious iPhone Clones
Safari For Windows: Still Sick!
iPhone More Popular Than Zune And Harry Potter
eBooks On iPhone: Well, There Are Magazines At Least!
The eBooks On iPhone Campaign: Steve Jobs Loves Books! Hey, Steve, So Do We!!
eBooks On iPhone: The Clamor Continues!
eBookery For iPhone?
eBooks on iPhone: Another Person Who Won’t Wait For Apple
eBooks On iPhone: Not Waiting For Apple!
iPhone: First eBook On It?
iPhone Death Star Upgrade Coming
Mucho Namaste To FSJ!
Will Apple Steal The eBook Limelight From Sony And Create Another Mass Market? 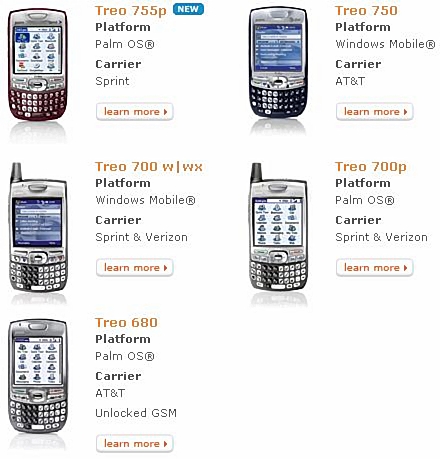 Those two Foleo posts I hoped to do today?

I got sidetracked by The Steve Jobs Show.

Plus, I need to get the hell away from the PC early.

This means, goddammit, I will have to torment myself by working on these posts with my LifeDrive and that Satan-designed Palm Universal Folding Keyboard (RSI included at no extra charge!!!).

Well, I guess this leaked photo is legal now… 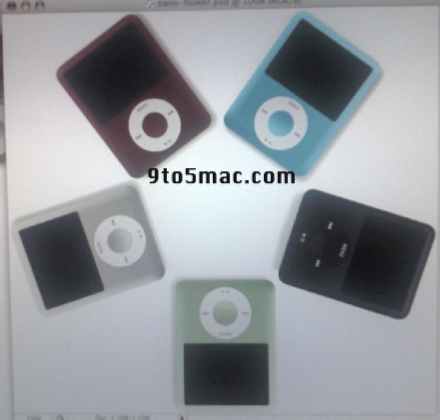 To compare those prices:

OK, so Apple has left an opening for SanDisk to slip their Clip into the marketplace. I can’t see someone really choosing a screenless iPod Shuffle over a Sansa Clip with screen. But then, that’s how I am. Who am I kidding. It’s all iTunes, iTunes, iTunes. We all know that!

Besides, the 4GB Nano probably offers a better screen. Plus, video playback.

So Where Is It? 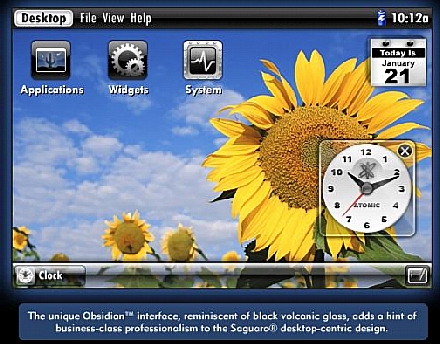 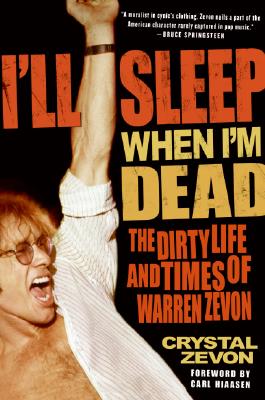 I’ll Sleep When I’m Dead: The Dirty Life and Times of Warren Zevon by Crystal Zevon
— went to the head of my Endless Book Queue because of this. 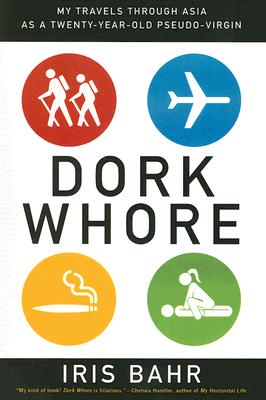 Dork Whore: My Travels Through Asia as a Twenty-Year-Old Pseudo-Virgin. by Iris Bahr
— see separate post. 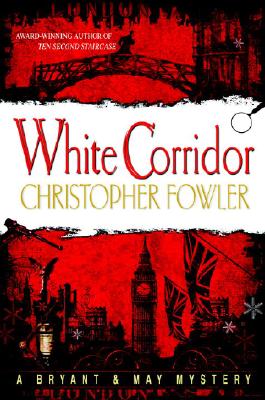 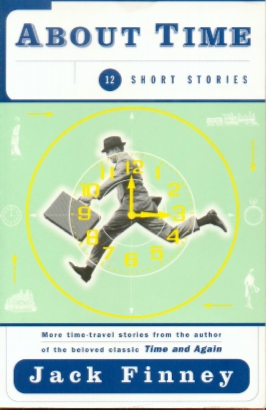 About Time (short stories) by Jack Finney
(a re-read or 2nd re-read…)
— Finney is always a delight. Of the twelve stories, the final two are ringers and not about time travel at all. One of the time travel stories has a man who goes into the past using a car. Hmmmm, I’m looking at you, Back to the Future. 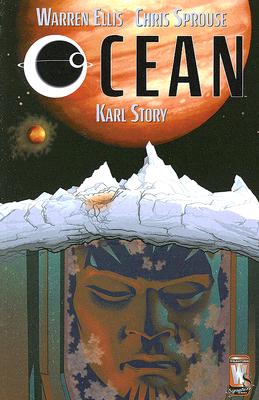 Ocean by Warren Ellis, Chris Sprouse and Karl Story.
— I surprised you with this, eh? It hadn’t been listed in Reading. Got it from the NYPL unexpectedly. It’s a neat little tale. The art is nearly like motion picture storyboards. It’s also been optioned for a movie. Someone page Ridley Scott or David Lynch. There’s one problem I had with this book: its presentation. It read like one book. It turns out it was a series and this is a compilation. I didn’t find this out until I saw a cover gallery in the back. That really pissed me off. I think the covers should have been chapter breaks. And what’s this — no page numbers?! How can I quote anything without citing a page number?!

I hope to vacate the PC early today in order to do some real-life stuff.

I’m working on two posts about the Death of the Foleo. I promise two things here:

2) It will be controversial (woo, big surprise on this blog, eh?)

I hope to get these posted before The Steve Jobs Show comes on the Net with all those iPod goodies everyone (well, OK then, me me me!) is salivating over.