Supermarionation Stuff and Buzz, My Dalek

Who else would find this for you? 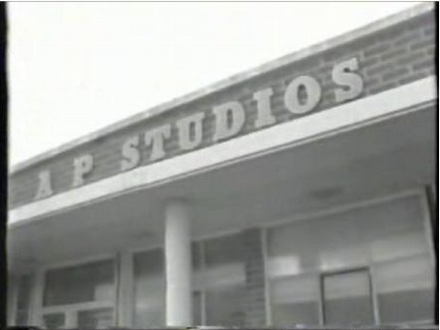 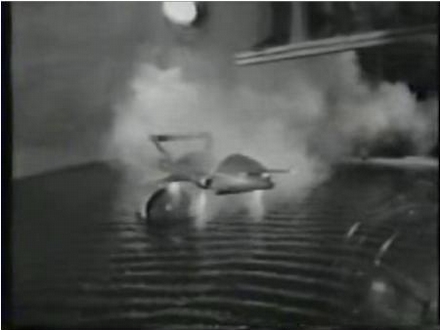 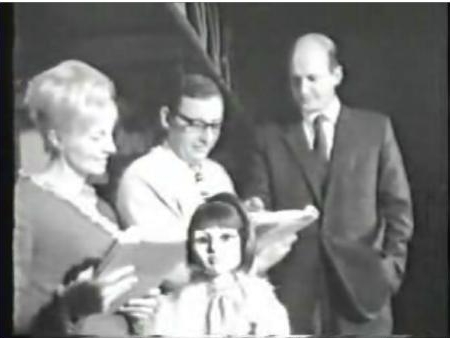 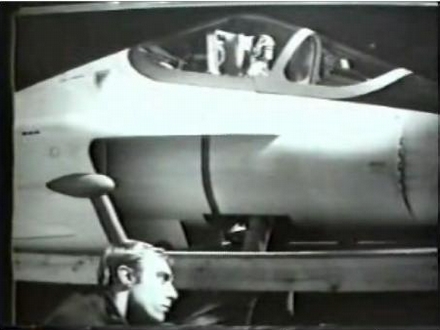 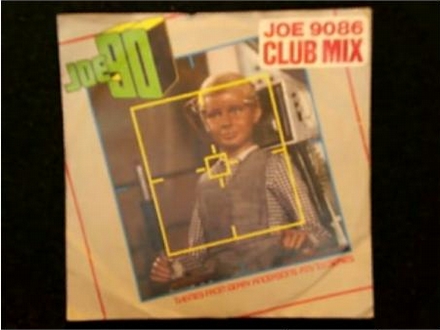 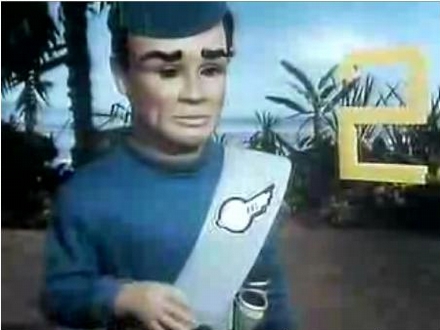 Gerry and Sylvia Anderson made this pilot for a live action/puppet series back in 1973 (or thereabouts), relatively cheaply in Malta. No series resulted.

This was added by some generous saint to YouTube just yesterday. Grab it before it disappears! Download Helper is your Firefox best friend. 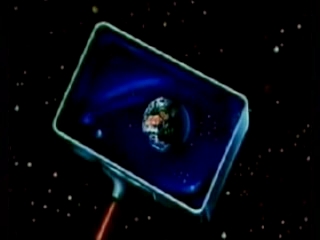 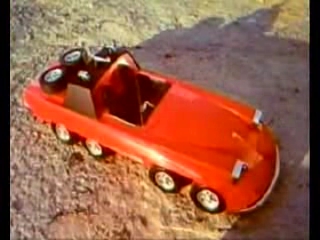 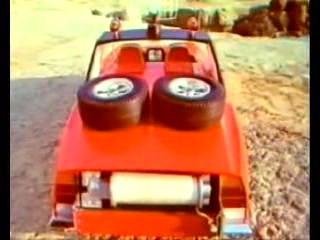 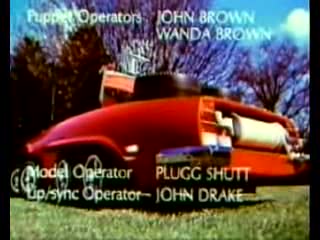 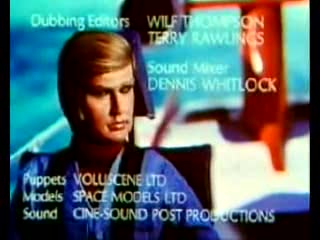 I tried for two years to get this via P2P. That’s how rare it is. This is from a slightly-faulty VHS tape without any color correction.

After all that time, was it worth it?

Well, to see it, yes. In terms of its actual story value, no. It’s pretty lame and the script has dialogue that is like gravel against teeth.

Sylvia Anderson did the voice of Jill — and she sounds like Joe 90! Shane Rimmer was the voice of John, and he notched his voice up so he sounded like a teenaged Scott Tracy. I think the Jill puppet resembles Karen Black (photo). John unfortunately looks like the Gay Bob doll!

The gas-powered radio-controlled car is pretty remarkable, but it just looks ridiculous against real-life settings. It also betrays just how low-budget this endeavor was: there are no close-ups of the puppets in the moving vehicles (car, motorboat).

It’s difficult to see how this could have ever sold for a series.

THE REZILLOS – THUNDERBIRDS ARE GO

Thunderbirds Are Go – The Rezillos & frame-compilation by Junior Aragaki

This has been up since November 2006! I don’t know how I missed it.

Anyway, it’s a rock song about Thunderbirds by The Rezillos with like a billion pictures (mostly blurry!) cut to the beat of the music.

1991) Calling Elvis is a song written by Mark Knopfler and performed by Dire Straits. It first appeared on the final studio album by the band, On Every Street (1991). It also appears on the 1993 live album On The Night.

The music video was directed by Gerry Anderson of Thunderbirds fame and includes several members of the band represented in marionette form.

The song is about an Elvis fan who believes Elvis Presley still to be alive, referencing many of his songs

Dire Straits was an English rock band, formed in 1977 by Mark Knopfler (guitar and vocals), his brother David Knopfler (guitar), John Illsley (bass), and Pick Withers (drums), and subsequently managed by Ed Bicknell. Although the band was formed in an era when punk rock reigned, Dire Straits worked within the conventions of classic rock, albeit with a stripped-down sound that appealed to modern audiences weary of the overproduced stadium rock of the 1970s. In their early days, Mark and David requested that pub owners turn down the amps so that patrons could converse while the band played — indicative of their unassuming demeanor. Despite this oddly self-effacing approach to rock and roll, Dire Straits soon became hugely successful with their first album going multi-platinum globally.

The band’s best-known songs include “Sultans of Swing,” “Romeo and Juliet,” “Private Investigations,” “Money for Nothing,” “Walk of Life” and “Brothers in Arms.

Oh this video has some incredible stuff in it. Go see!

There are also other, non-Anderson, Brit TV goodies at . Update: As of July 5, 2007, That account has been closed.

It’s damned brief, at the end.

Previously in this blog:
Brats Of The Lost Nebula Clips On YouTube!

Hi, i edited this video from The Thunderbirds, The following episodes are in it: Trapped in the sky, Operation Crash Dive and Alias Mr. Hackenbacker. This is the story: Fireflash version 3 Flight D103 has trouble. When they approach the airport the gear failes and the aircraft caches fire, the pilots are trapped.

Eh, serves them right for not issuing a distress call!

Premiere episode of the Gerry Anderson/Roberta Leigh puppet series which aired only in the UK, and was in some ways a forerunner to “Space Patrol”.

This is very, very rare. Grab it fast! Four Feather Falls disappeared not long after I noted it in this blog!

Aired March 14th 1965
Stingray (1964 — 1965) is a children’s marionette television show, created by Gerry and Sylvia Anderson and produced by AP Films for ATV and ITC Entertainment. Its 39 half-hour episodes were originally screened on ITV in the UK and syndication in the US. The scriptwriters included Gerry and Sylvia Anderson, Alan Fennell (who went on to write Thunderbirds), and Dennis Spooner. Barry Gray composed the music, and Derek Meddings was the special effects director.

Stingray was the first Supermarionation show to be filmed in colour, and also the first in which marionettes had interchangeable heads with different facial expressions. It was also the first British television programme to be filmed entirely in colour (the earlier The Adventures of Sir Lancelot having only been made in colour from halfway through its run). At the time the US networks were gearing up for full-time colour broadcasting, although Independent Television in Britain did not begin colour transmission until November 1969.

Supercar had featured a vehicle that could travel on land, sea and air, and Fireball XL5 featured a spaceship. The next logical step was a series about a submarine, which presented a number of technical challenges.

Scenes featuring model submarines or marionettes underwater were actually filmed on a dry set, with the camera looking through a narrow water tank containing air bubblers and fish of different sizes to simulate perspective, thereby creating a convincing illusion that the models or puppets were underwater. This was enhanced with lighting effects that gave the impression of shafts of light refracted through the surface of the sea.

Scenes on the ocean’s surface were filmed using a large tank filled with water and blue dye. To prevent the edges of the tank from showing it was deliberately overfilled so that the water would constantly spill over the edges and conceal them. These techniques proved so successful that they were also used for underwater scenes in Thunderbirds and Captain Scarlet.